MAKING ROOM FOR THE INFINITE

When we abide in the false self, we abide in limitation. We believe we should ’fill’ ourselves with some thing. But ‘this’ filling is a displacement kind of filling. It clearly displaces some ‘thing’.

When it is emptiness that the ‘thing’ displaces, It is not really a ‘thing’. ‘This’ non-thing of emptiness, Is formless existence. It Is the ‘prior’ to all things and therefore incapable of being seen by the mind (i.e. thoughts) in what is essentially an effect, presupposing itself.

Stuffing Ourselves with ‘things’ is enough to block the clarity of Being. The contemporaneous belief that these ‘things’ are essential to our well-being, ties this artificial aggrandizement, directly to our perception of well-being and even our existence. Our ‘mis-identity’ is now clearly established as an outcome-based ‘doer’.

The role of the ‘doer’ is a cheap imitation of borrowed reality from Reality. Normally, the ‘doing’ is always being done by Awareness without the micromanagement of ego. In actuality, there is no real ‘doer’ because Awareness just Is. “The doing” does not require anything but “The doing”. Life just happens.

When identity and ego are loaded into the faux reality, ‘that’ reality must be maintained as an activity. Activity in identity-making, takes bandwidth and energy. It is tedious. But fear of losing this unfound self, keeps us in the illusion. False self is maintained by the affirmation and replication of this ‘idea’.

If this activity stops, the reveal is, fear of losing some ‘thing’. Fear is an effective stopgap, especially when one believes in the identity with the body and mind. Fear pushes us back to the illusory wall that imprisons us.

We fear not feeling full because we constantly need to fill ourselves with things like ideas, thoughts, and perceptions. Not being filled, translates to not being in existence. Stopping replication of self promotes fear of losing some thing precious i.e our so-called life. That is, we fear that being empty is the death of manufactured self.

When we lose “our life”, it is the loss of the fantasy of self overplayed. The loss is imaginary because there never was a’real’ self or ‘doer’ or ‘thinker’ or ‘meditator’, period, end of fairy tale.

The shopping mall of ‘things’ can easily fill us up on lots of chocolate. Emptiness is feared because we ‘think’ we need ‘something’ to fill the void. 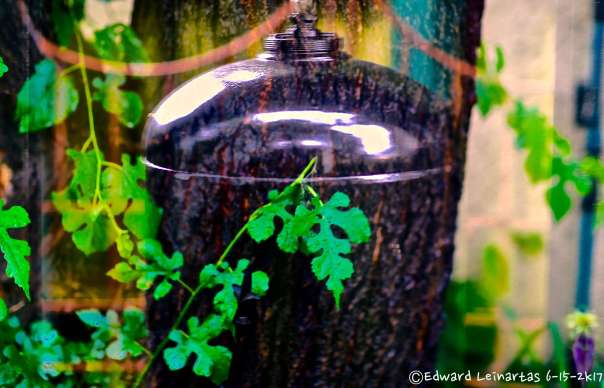 We Are always full and See ‘It’ when the illusion is found. The vehicle of body/mind is the effect. The Cause is the Causelessness of Self in play. The ’Seen’ can only be ’Seen’ as the Causelessness Seeing Self. To attempt to ’See’ from the aspect of illusory self will always be illusory. The nature of illusion is illusion.

“Objects only come in and out of existence from the point of view of a subject, whilst I, Awareness, who am neither a subject nor an object and yet the reality of both, am eternally present.” -Rupert Spira

Making room for the infinite is essentially losing the density of the false self. The false self sees differences in reality. Reality only Sees Reality.

When we make room for Everything, no-thing can stand in the way because even ‘things’ are part of Everything.

Absence of things is the existence of Nothingness, the backdrop to Everything. There is no need for a ‘doer’ as ’The Doing’ does Everything, always.

Be free in every Moment of Space.