That’s a peculiar question, but a relevant inquiry. It is peculiar in that we do not think about breaking down language to the point of how it’s use effects us -directly. It is relevant in that the ‘use’ presupposes an elemental framework with profound consequences. Albeit, consequences for a starting point called identity.

An inquiry must take place to properly assess the question. The question-er asks first, ‘who’ am I?
Secondly, the movement to place ‘self’ in the category of the stasis of a ’noun’ or in the constant movement of a ‘verb’, must subsequently fit the choice of the first question.

‘Not’ getting a proper fitting, ‘after’ christening self with a noun or a verb, will compel us to view the question again. If in the first choice, there is the finding of a failure to properly justify our appropriate slot, a ‘redo’ is in order. Given the rigors of the selected slot, it is intellectually commanded, to right an obvious irrational fitment.

If “Who am I”, is answered in the noun affirmative, where is the evidence?

A lifetime of a daily grind of conditioning, has left the clear majority of 7.5 billion people, most probably, in the slot of a ‘noun’. Even that number is not enough justification for noun-ing.

Often, the ‘character’ we most identify with, is still the character with the very specific limited role and accumulative historical narrative, that is ‘real’ in terms of worldly script-writing. As far as ‘true identity’ is concerned, ‘We’ as ‘Fullness’, are certainly ‘not’ just the character in this ‘real’ movie. The character we play is a ‘noun’. However, the ‘Fullness’ is prior to any noun-ing in any role or movie we play in.

This is where the confusion takes place. We do not distinguish the character we play with the ‘no-nouning’ aka ‘verbing’ of whom we really Are. Not distinguishing Self from a seemingly stable ‘noun’ is the mis-identity. The superficial role we play in life is not whom We really Are. There is a certain finality to being a noun, called limitation.

There is no limitation or any boundary in the domain of Nothing/Everything-ness. There is no location or point to find ‘this’ unboundedness, although It Is all points/locations.

If ‘It’ were a noun, then we could find the noun, see the noun, and consider it an ‘object’. No noun-ing is no subject/object. The duality is appearance not the Priorness of infinite potential.

“Be neither the knower nor the known, but rather the knowing of experience, and you will find yourself as everyone and everything.” -Rupert Spira

A ‘noun’ has a finality of finished limitation. Verbing is never finished. Verbing is not setting down as subject/object. Identity is much closer to a verb despite the ‘seeming’ ‘noun-ing’. This type of identity is not stuck in ‘this’ or ‘that’. ‘It’ never settles for any ‘thing’. The nature of Beingness is an aliveness that is refreshing Itself constantly. Becoming a ‘noun’ stops the eternal Becoming.

Resting as a ‘noun’ is not resting. It is rusting. Resting as a ‘verb’ is refreshing and rejuvenating as there is nothing to rust.

The boundaries of a ‘noun’ identity are prison-like in that we are compelled to believe something that is not true, resulting in suffering. Being a limited noun traps us in a separate illusory identity compelling us to believe in the limited capacity to transcend the prison of self. The verbing of Beingness has no stops or nouns, thereby making self-imprisonment an impossibility. Beingness has nothing to believe as there is no noun there to have af.

Moreover, the ‘completeness’ of Beingness is not needy in the least ergo, Fullness. In Beingness, there is not even a need for identity, as It just Is. The ‘aliveness’ of no limits and all possibilities result in the Yes, Yes, and Yes of “What Is”. 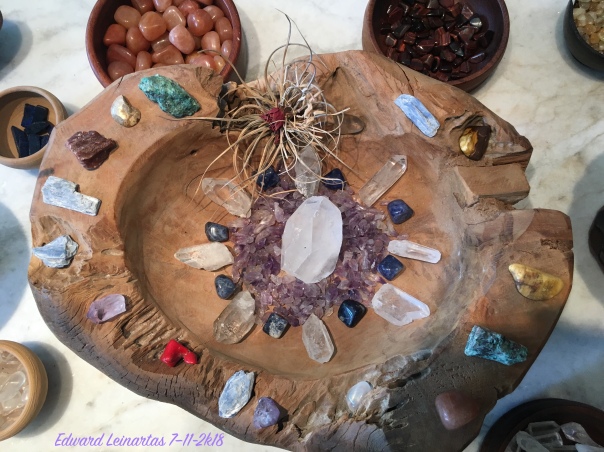